Posted on December 1, 2011 by AdventuresOf2Girls.com

I must be excited because there is no good reason why I should be awake at this unearthly hour! I only slept at about 2.30am last night, and I know the BFF Ning was also awake cos we were whatsapp-ing each other till 2-ish… The difference though, is that she was working, which is a pretty good excuse. As for me, I can only attribute it to premature excitement.

For those of you who have been following our 9-month adventure around the world, you’ll know that we  did a blissful birthday break in the beautiful island of Mauritius in the second week of October. That’s cos, uncanny as it may be, my birthday is on 12 Oct, and Ning’s is on 16 Oct. Just 4 days apart!

Since we’ve been friends, we’ve been celebrating our birthdays together every year. But this year was special cos we were traveling the world together and we could pick any destination in the world we wanted to pamper ourselves silly!

We were in Madagascar just before that, off the Southeastern coast of the continent of Africa, and spending 2 weeks roughing it out. Yes, we’re talking camping in the wild with no running water, no electricity, no toilets, peeing & pooping behind bushes, no phone reception, no wifi, just rowing on a muddy river under the scorching sun, trekking and climbing, with just a tent over our heads and a canopy of stars.

All we knew was that we wanted to pamper ourselves after Madagascar before moving on to India, and that one week chillaxing at Club Med’s 5-trident resort La Plantation d’Albion was pure, pure bliss. 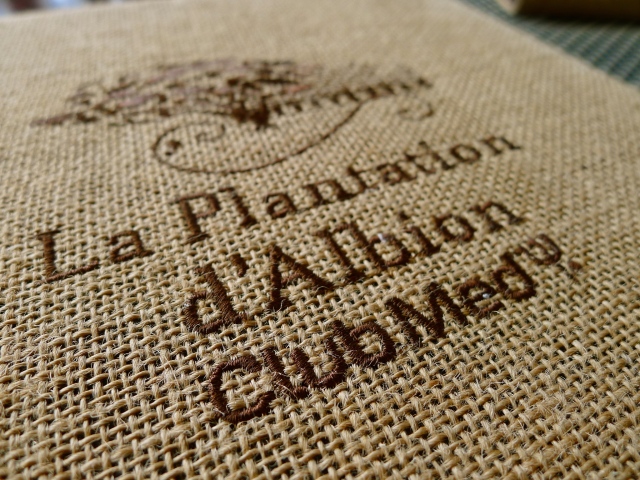 Sunny sails at La Plantation d'Albion in Mauritius, where we celebrated our birthdays this year -- a blissful break in our round-the-world tour!

Sorry for reminiscing but I’m in a sentimental mood today. Our good friends at Club Med Singapore invited us to their annual Club Med Night tonight, and we are thrilled to be celebrating with the Club Med family after our whirlwind round-the-world trip!

It’s just been 4 days since we touched down in Singapore, and I have to admit that we’re already missing those blissful, carefree days of soaking in the sun & sea… sinking our toes into the soft Mauritian sand… lazing by the beach… 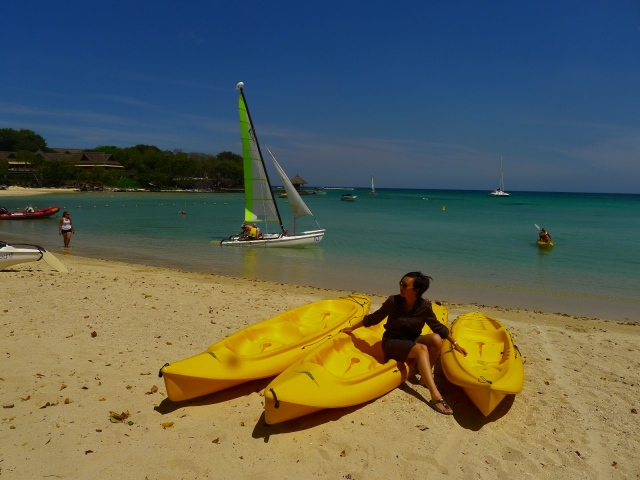 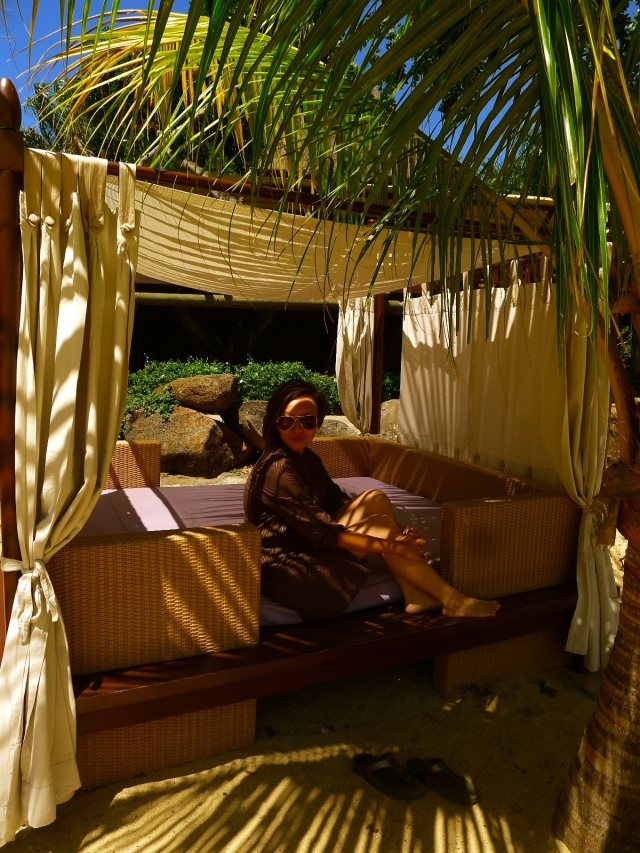 we love chillaxing at the beachside cabanas reading a book or just talking cock! 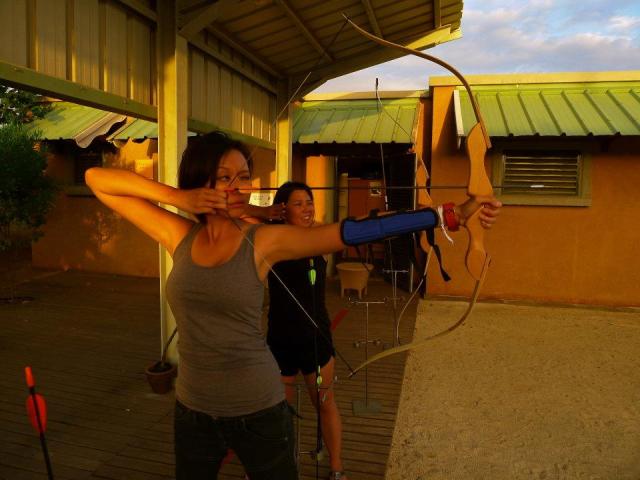 Ning is a natural at archery! 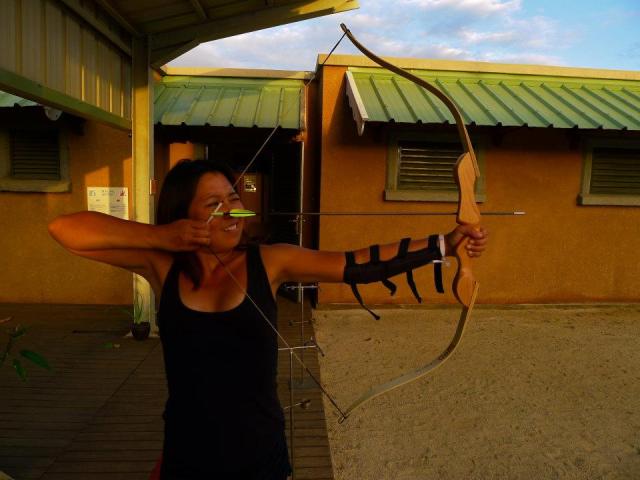 I wasn't a natural, but I do look good with a bow & arrow and I just had fun!

… running around the clay tennis court at sundown, picking up balls more than hitting them across the net… playing lazy ping pong after lunch (we were both naturals, I’ve to say, because we are Chinese)… stuffing our faces with food, food, and more food…. enjoying the best Virgin Mojitos in the world at the Zen area of the village… playing Scrabble (Ning won!) and Checkers (I won!)…. 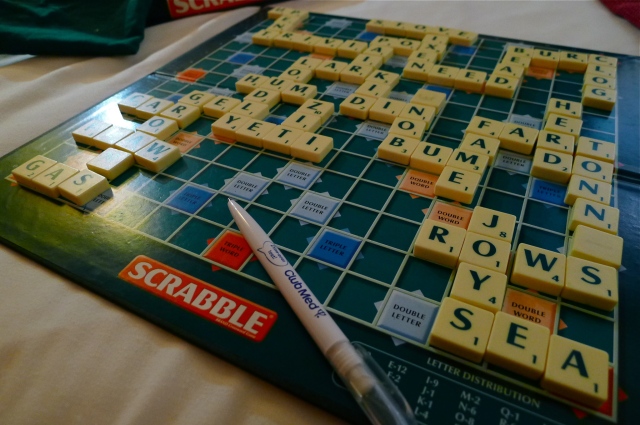 We played many rounds of Scrabbles at Club Med, at the Zen area, in our room... I'm peeved that even though I'm the published writer, Ning won!

… pampering ourselves at the Cinq Monde spa on Ning’s birthday… oh man, that was the best… massages in private open-air rooms by the sea… 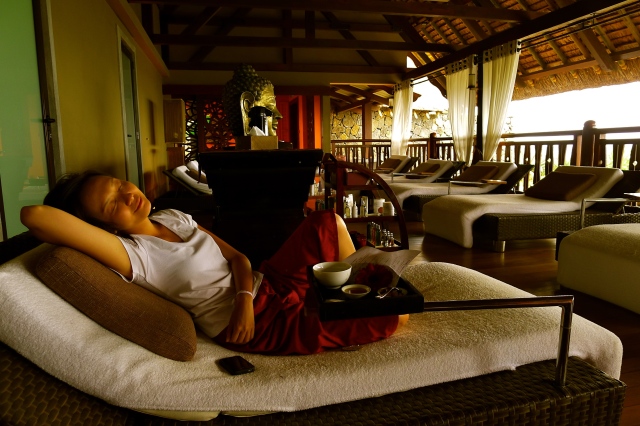 I found Ning in this position at the waiting area after her Shiatsu massage... I had just finished my Taoist massage and she looked so blissful and at peace that I had to take this pic! *LOL*

But what was most special for us was celebrating our dual birthdays at La Plantation d’Albion. We booked a table at the La Phare restaurant at the quieter Zen area and actually dressed up (as best as we could, from our limited backpacker’s garb!) for the occasion. OK, Ning cheated. She bought a new dress/top (it can be both, I swear!) while I made do with what I had in my backpack!

And after months of no make-up, we finally put on a little colour for the special occasion. Hey, girls will be girls! 🙂 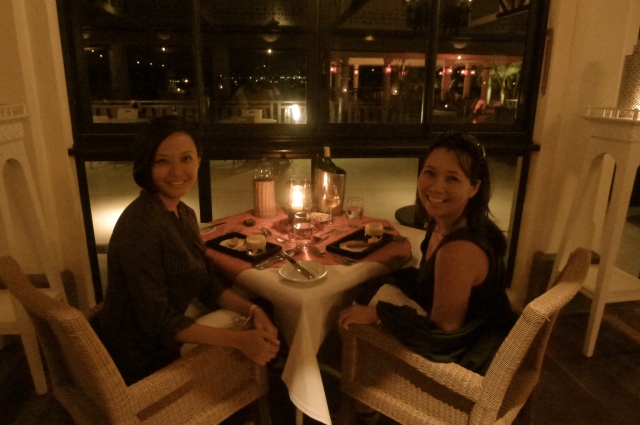 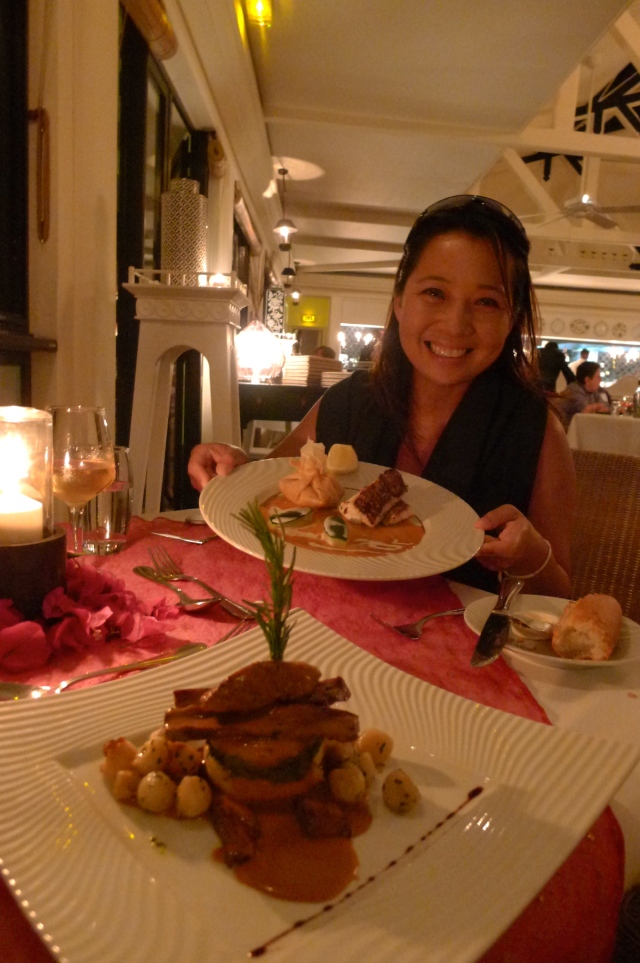 The food was excellent, to say the least!

After dinner, we were surprised to hear a chorus of voices coming our way. When we looked up, we saw all the G.O.s coming towards our table with a cake, singing “happy birthday”! I think the whole restaurant was watching us and beaming at us. It was very special indeed, and I think we were both smiling from ear to ear! 🙂 🙂 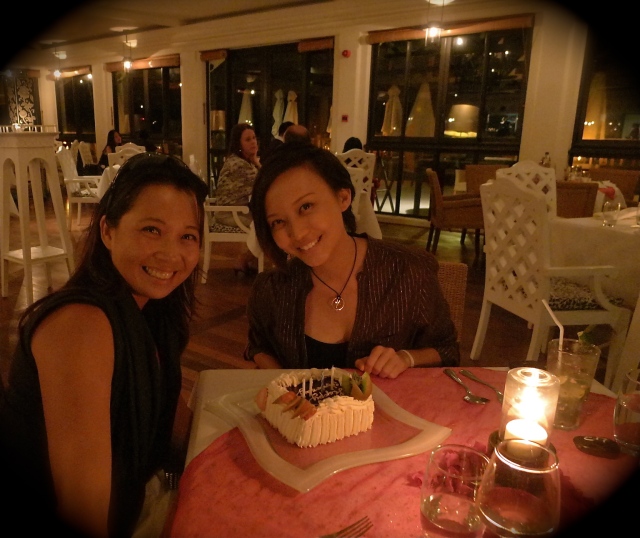 The Club Med official photographer was going from table to table taking pictures of the guests. And when all the fuss was happening around our table, he came over to take pictures of our birthday celebration. We, of course, flashed him our best smiles because our photos would be pinned up on the noticeboard the following day!

After all, it was our birthday celebration, we were all dressed up and made up, and we thought something to commemorate this A2G round-the-world adventure would be neat.. a nice picture we could perhaps frame up for our desks at work.

Well, after the G.O.s left, and the photographer left, and we were left on our own to enjoy our very large dessert… we looked at the cake, we looked at each other, and burst out laughing!!! 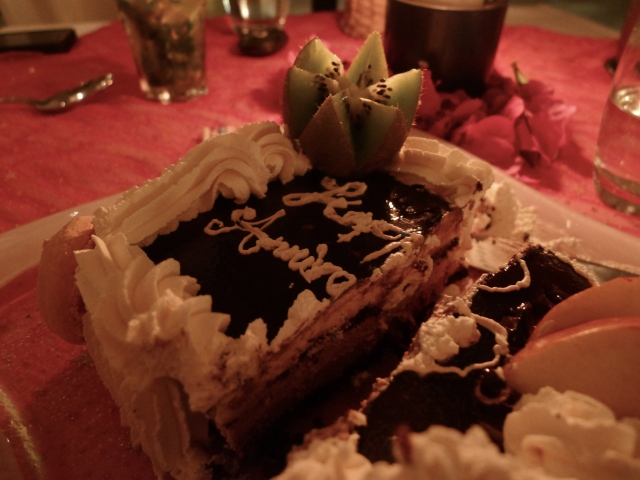 What will the people think when they see our pictures on the noticeboard the next day?!! Two girls all glammed up celebrating their anniversary at Club Med?! *gasp* I tell you, Ning and I were so tickled we couldn’t stop giggling the whole evening. It’s incredulous!

But what made the situation even more hilarious was when the G.O. who organized this for us (she shall not be named!) came out again with another cake, a “Happy Birthday!” cake, and quietly brought it to another table…..

There was a couple sitting there having a quiet dinner. She brought the cake to them and laid it on the table, quietly wishing them. We didn’t hear what she said, but it was curious  because they didn’t get the same lavish birthday fanfare from the team of G.O.s as we did!

“Do you suppose they are celebrating their anniversary, and there was a mix-up, and they got our cake?” The BFF speculated, gasping in realization. We looked at each other, and burst out laughing again!!!

I looked over at the couple, and I really didn’t know whether to laugh or cry… 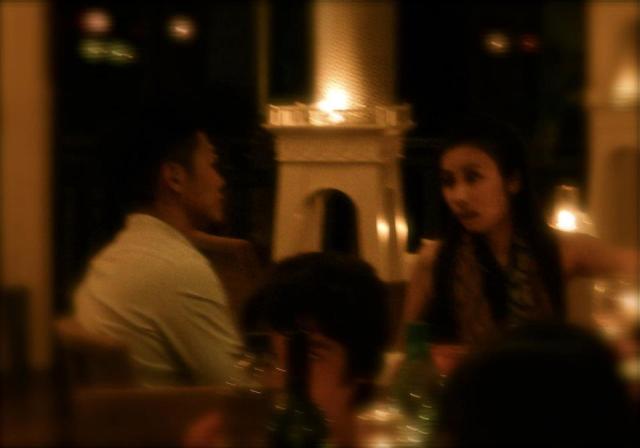 The couple at the other table who got our birthday cake! Oh dear.....

But the unexpected goof-up is all part of the adventure, part of the fun, part of the memories, part of this wonderful curious thing we call LIFE. We wouldn’t have it ANY OTHER WAY. It has made our birthday celebration the most fun, hilarious, and memorable one we’ve shared through the years. Thank you, Club Med!!!

And so, back to tonight….

Do you see why we’re both so excited about today? We’ll be celebrating with our friends at Club Med Singapore, and sharing our stories, memories & adventures with everyone we meet at Avalon @ Marina Bay Sands. It will be such a blast!!!

Club Med Singapore, you better brace yourself for Adventures of 2 Girls being there tonight! It’s party time, BFF!!! *woohoo*

And one more thing: Club Med Singapore, if you ever wanna invite us to any of your other villages, in any other part of the world, you know without a doubt that Ning & Pam are more than ready to pack our bags and GO!!!

2 BFFs writing a book as the travel the work, check their progress at AdventuresOf2Girls.com :) Book publishes in 2012 by Marshall Cavendish International!
View all posts by AdventuresOf2Girls.com →
This entry was posted in Uncategorized and tagged A2G, Adventures of 2 Girls, Club Med, La Plantation d'Albion, Mauritius. Bookmark the permalink.